It's Christmas Day and Wife and I are learning to share.

We had our 7th annual international-themed Christmas Eve last night. This year's country was Germany and it was a huge success!  Everyone was responsible for their own costume and it could be as extravagant or as simple as the wearer pleased. Everyone participated, and the attire did in fact range from simple to extravagant -- and it was a hoot!

For preliminaries, we set up a beer garden in the entry hall with four kinds of German beer. Wife also made pretzels and we had some other appetizers as well. Full disclosure: we did make one departure from the German tradition -- we iced down the beer. Just couldn't go that far.

Our meal included Oktoberfest Beer Cheese Soup (to die for), Sauerbraten (German Pot Roast), Chicken Schnitzel, Spaetzle with Gruyere and Carmelized Onions and Red Cabbage. For dessert, Wife made a German Chocolate Bombe (and it was the bomb!) and a Black Forest Cake.

Folks, it was a feast to behold!

Before dinner, I sang the first verse of "Silent Night" in German ("Stille Nacht"), which I learned in church as a child.

Our centerpiece was a simple Advent wreath, which originated in Germany. Each of our five adult children read a summary of the symbolism of the four candles representing the four Sundays in Advent, and the Christ Candle which is in the center.

We also played some fun games and read the Christmas story together (FSIL did the honors this year, as the newest family member) before going to church at 11 p.m. and welcoming in Christmas Day.

It was another memorable night. Wife's and my eyes met many times during the evening as we agreed how incredibly blessed we are.

I said earlier that today we are learning to share. Older Son and Daughter are each spending the day with their in-laws/future in-laws respectively.

But Wife, Younger Son and I have had a fulfilling day. At 8 a.m. we went to the Nashville Rescue Mission, where I serve on the board of directors, and helped prepare lunch that would be served later in the day. We sliced tomatoes, prepared salads, peeled about a thousand potatoes and sliced dozens of pieces of cake. It was gratifying, to say the least.

Older Son, DIL and DIL's parents will join us for a late afternoon meal and tomorrow we'll do our family Christmas celebration a day late.

Below are a couple of photos from last night, and one from this morning at the Rescue Mission.

I wish for each of you a blessed Christmas and New Year. 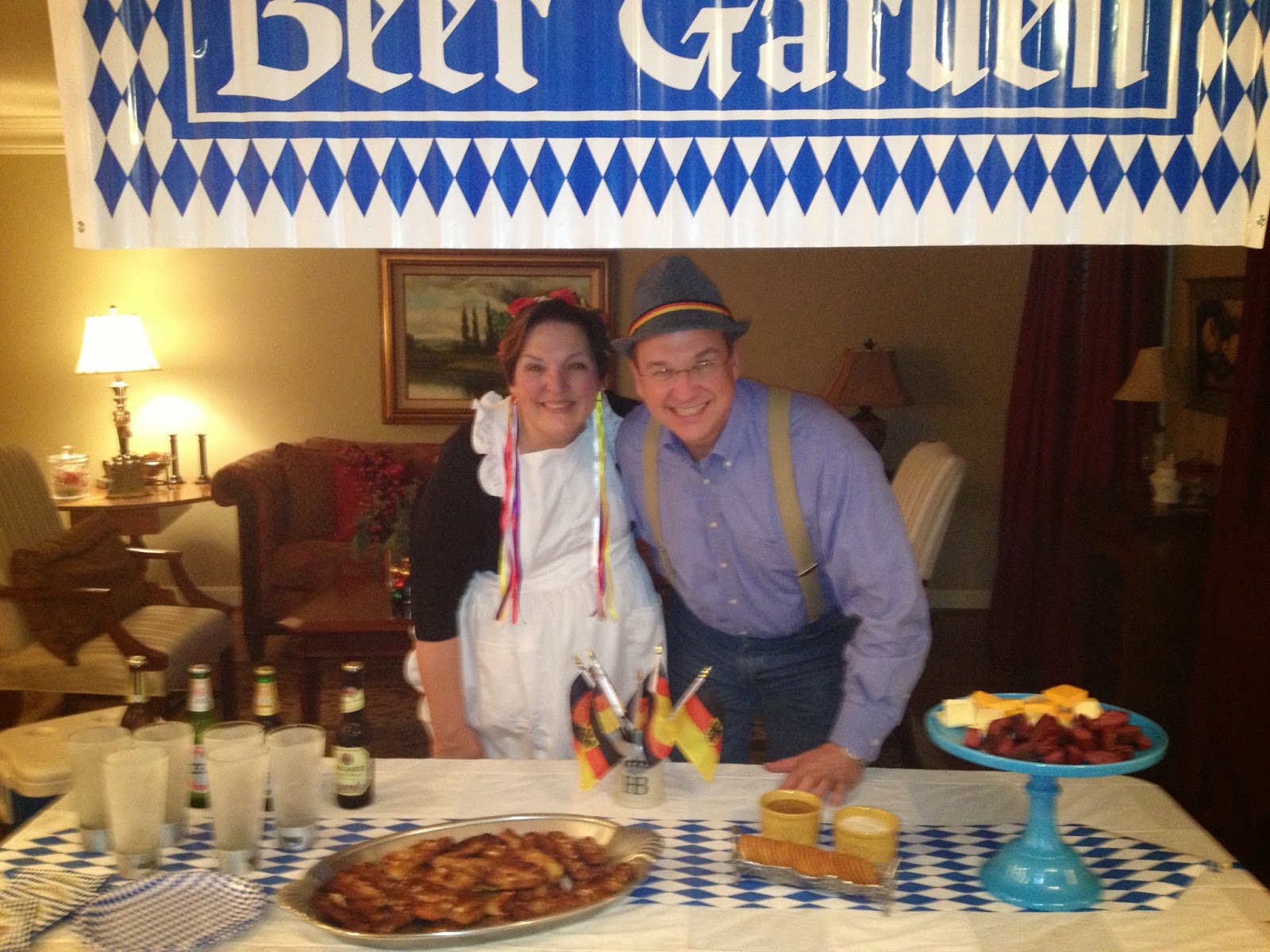 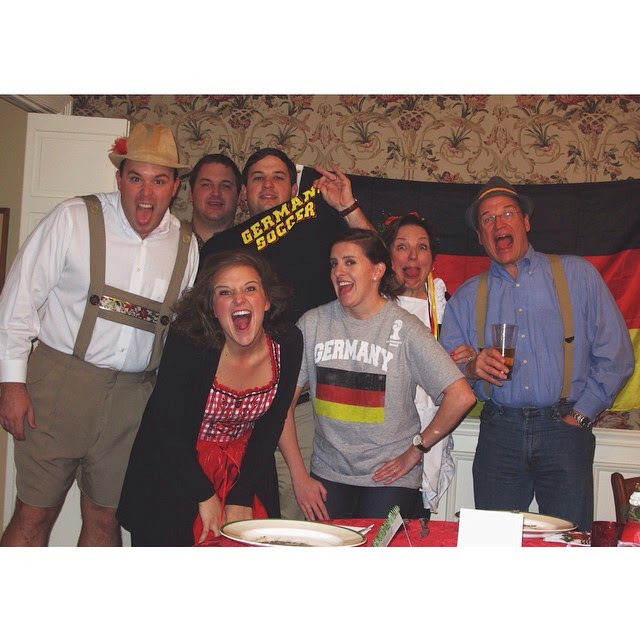 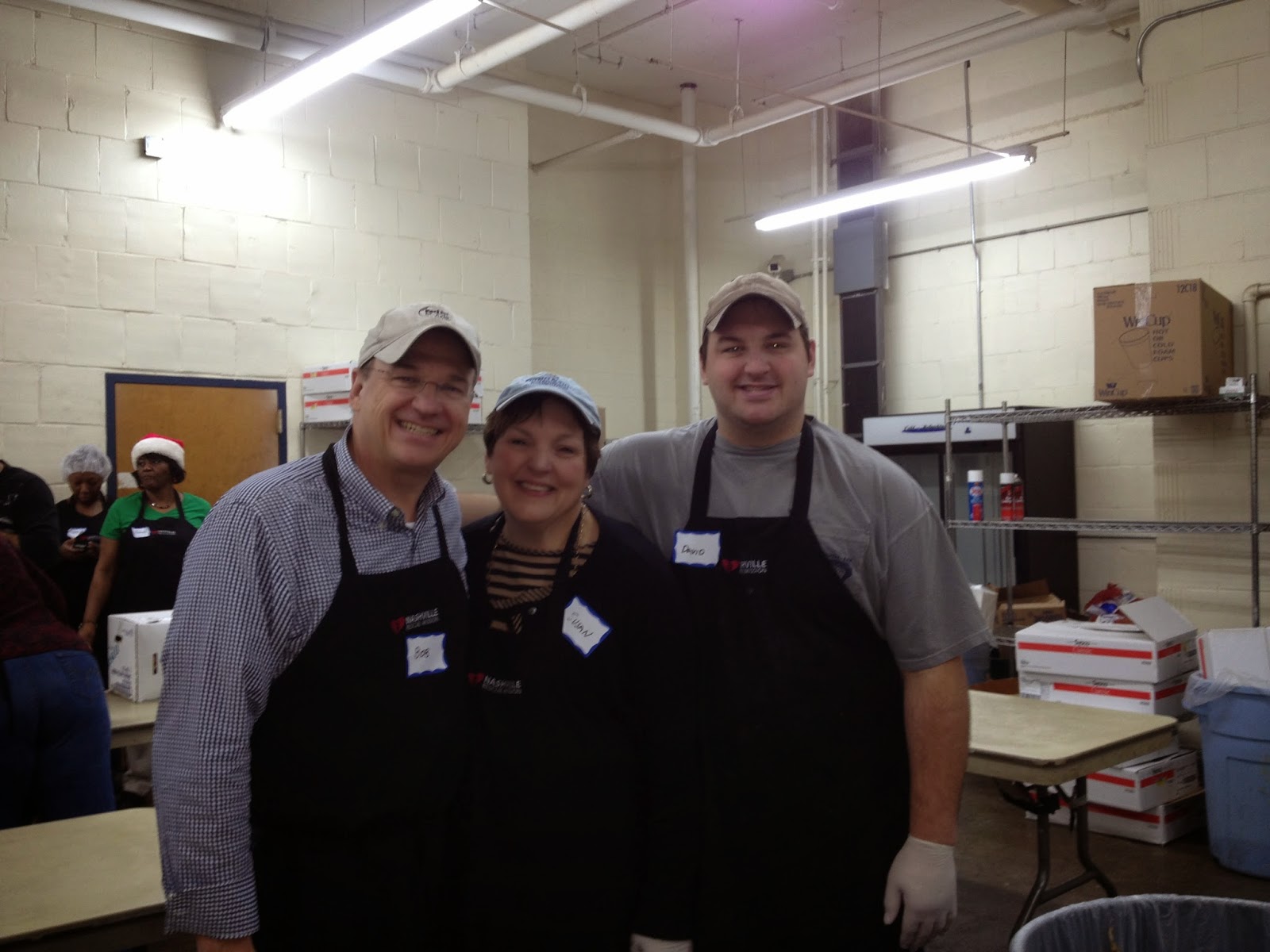