I'm sitting here with Daughter and she has graciously agreed to help me post some photos from Christmas and our recent Mexican vacation. 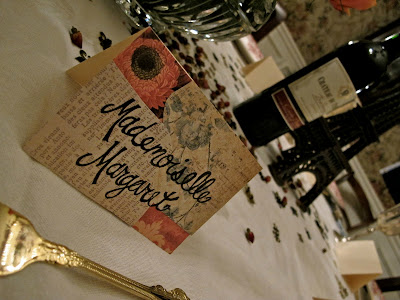 It's almost the middle of January and we have had a warm, rainy weekend here in Middle Tennessee with temperatures in the 70s. That all changes today as a cold front pushes through. Tonight's low is supposed to be in the 30s.

The weather pattern in the entire country has been crazy. Southern California has had an almost unheard-of cold spell and Friday it was colder in San Diego than in Chicago. Go figure.

Wife is more of a weather junkie than I, and can almost always give me up-to-the-minute current conditions, as well as a forecast for the next couple of days. She is also very good about checking the weather in places to which we might be traveling.

To wit, prior to our recent trip to Mexico, she advised me that temperatures would be in the low to mid 80s, and I could govern myself accordingly with regard to clothing.

I did just that and packed shorts and tee shirts. I took one carry-on bag. I wore a pair of jeans on the plane and also stuck in a pair of khaki pants because Wife told me some of the restaurants required them. As it turned out, I could wear jeans, but Wife had read that men would have to wear "long pants" and she interpreted that as something other than jeans. The pants took up very little room in my bag, so it was no big deal.

We had a great time with only two snafus, the first of which was more significant than the other, and it involved the arrival of Older Son and DIL.

On New Year's Eve the other four of us drove from Nashville to Atlanta where we would board a direct flight to Cancun New Year's Day. Our final destination was about 1.5 hours south of Cancun and Wife had arranged for transportation.

Older Son and DIL were flying from Dallas, with a connecting flight in Fort Lauderdale, and were scheduled to arrive a couple of hours before us.

About 5:30 a.m. on January 1, as we were sleeping soundly in our Atlanta hotel room, the phone rang and it was Older Son. He and DIL, who had been at the Dallas-Fort Worth airport since 4 a.m., had learned that their flight to Fort Lauderdale would be delayed, they would miss their flight to Cancun and would not arrive at our destination until the afternoon of January 2.

That was a real bummer for them and for us and they missed an entire day. DIL calculated that it took them 36 hour to get there, start to finish.

Because of their delayed arrival, they did not want to spend a day visiting the Mayan ruins. I didn't want to spend a day away from the family so I decided to nix it also.  There has been discussion of another trip of this sort in the future, so I'm hopeful to have another opportunity to visit the ruins.

The other minor negative involved yours truly. The boys and I had scheduled a fishing trip for Thursday. The night before, they asked me if I should take something for motion sickness.

"Never had motion sickness in my life," I replied smugly, wanting to convey the message to them that their old dad could and would still school them in the art of angling.

We were on the boat for six hours. For approximately five of those hours I had my head between my knees. Miserable.

Why my body decided that I would be prone to such a malady after all these years I will never know, but next time I'll take some precations.

The boys caught some beauties, though, and it was totally worth it. When I could raise my head, I loved seeing them reel them in.

The resort where we stayed was massive and the "all-inclusiveness," i.e. everything is paid for in advance, made for a relaxing time.  The time together as a family was priceless.

Funny thing. I don't care one twit about being in the sun. I do all I can to avoid it by staying under an umbrella and bathing myself in 30 or 50 level sun screen. While I certainly did not burn, I've had lots of comments about how tan I am.

Nobody has said how GOOD I look with that tan, only that I have one. Hmmm. . . .

It was a great way to start the year.